Douglas Wood is a part of the Ford Foundation, one of the key parties to the TEDx event in Ironwood State Prison. In May 2014, he spoke at Ironwood.

At the Ford Foundation, he works on higher education issues, with an emphasis on the needs of students from poor and marginalized communities in the United States. His grant making focuses on helping students transition from high school to college and improving the college completion rates of underserved students. He brings to this position broad experience in PK-12, as well as higher education policy and administration. 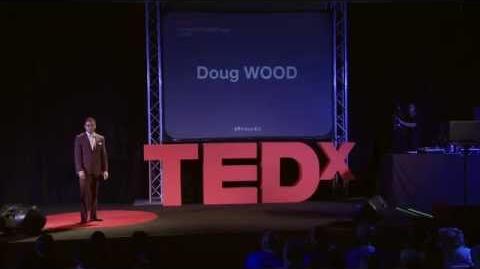 Prior to joining the foundation in 2011, Douglas was associate dean of administration and planning at the Eugene Lang College of the New School for Liberal Arts. During the 10 years before coming to the foundation, he also worked as executive director and chief executive officer of the Tennessee State Board of Education; served as a member of the Tennessee Higher Education Commission; and was executive director and principal investigator of the National Academy for Excellent Teaching, an institute of the Teachers College, Columbia University.

Douglas holds an Ed.D and an Ed.M in Administration, Planning and Social Policy from Harvard University, a master's degree in English from Middlebury College and a bachelor's degree in history from Wofford College, where he is a member of Phi Beta Kappa.