TEDx in Prisons
Register
Don't have an account?
Sign In
in: Ironwood State Prison, Stories from the Inside, Incarcerated

Ironwood State Prison
Mark Taylor was born in Lakenheith, England, raised in Pittsburgh, Pennsylvania, and settled in San Diego, California, at the age of 15. Since his incarceration, Mark has earned five Associates of Arts degrees from Palo Verde College, graduating with honors (Summa Cum Laude) and a 4.0 GPA. Additional achievements include a United States Library of Congress Braille Transcriber certification, Alcohol & Drug Studies Specialist I & II certifications, and an Alternatives to Violence Project (AVP) Team Coordinator certification. Upon his release, he plans to transcribe Braille, counsel drug addicts and gang members, and advocate for fair and just policies and laws.

In May, 2014, while incarcerated at Ironwood State Prison, Mark Taylor introduced the event and spoke on the event theme of "Infinite Possibilities." 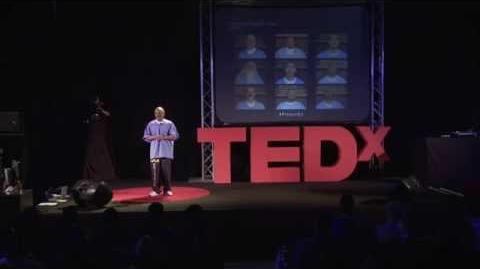